Signs Of A Tornado

Tornadoes are some of the most destructive weather patterns faced by property owners. Not only can they break windows and throw cars, but tornadoes can prove fatal if the proper precautions are not taken.

With that in mind, it is important to know the warning signs of a tornado so that you can take the necessary actions to keep you and your family safe. Understanding the signs that a tornado might be on the way is particularly important for those living where tornados are frequent, such as areas in tornado alley.

Continue reading to learn the various warning signs of a tornado, as well as what to do if a tornado hits your property.

If you want to know how to tell if a tornado is coming, look for the following signs: 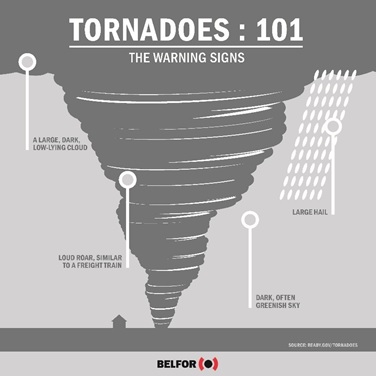 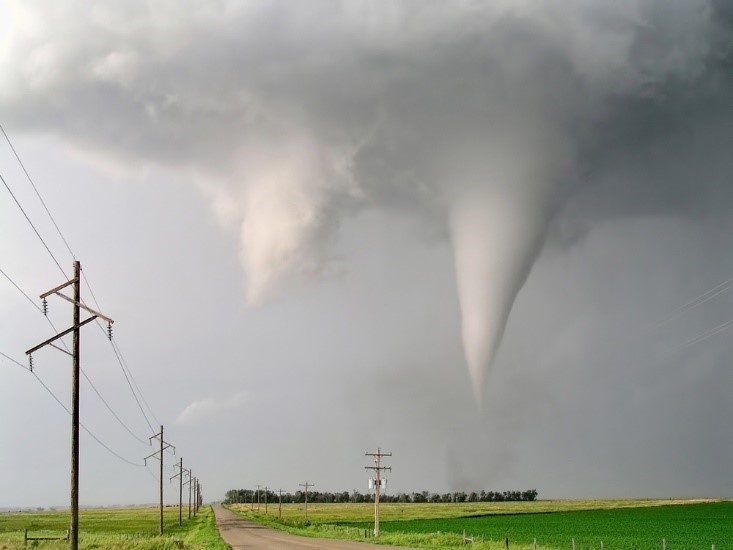 Be aware, however, that funnel-shaped clouds are not always visible. Funnel clouds are typically not visible until they begin to collect dust and other debris from the ground and surrounding atmosphere. 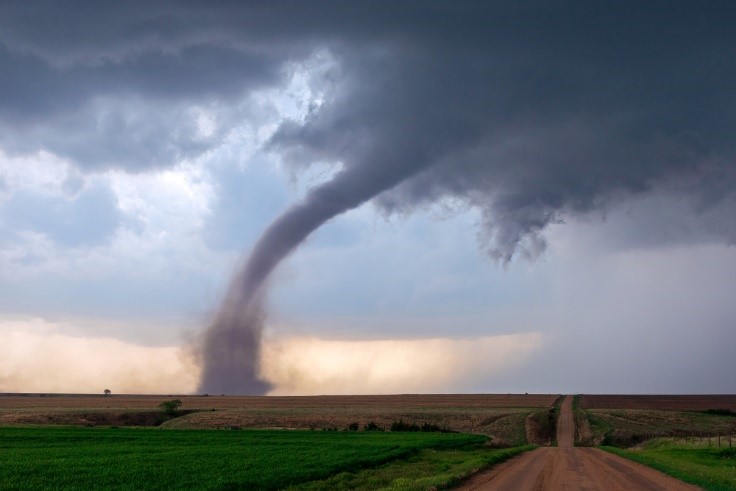 In addition to spinning, funnel-shaped clouds, you may also notice a cloud of debris nearer to the ground when tornadoes form. This cloud of debris forms when the funnel cloud reaches the ground and begins to collect dust along with other debris and loose objects.

Bear in mind that tornadoes can reach wind speeds of over 300 mph, which means the loose objects they pick up can be thrown at astounding velocities. If there’s a chance of a tornado coming and you have time to act, try to secure any loose items around your property so they don’t become dangerous projectiles that can damage property or injure people. 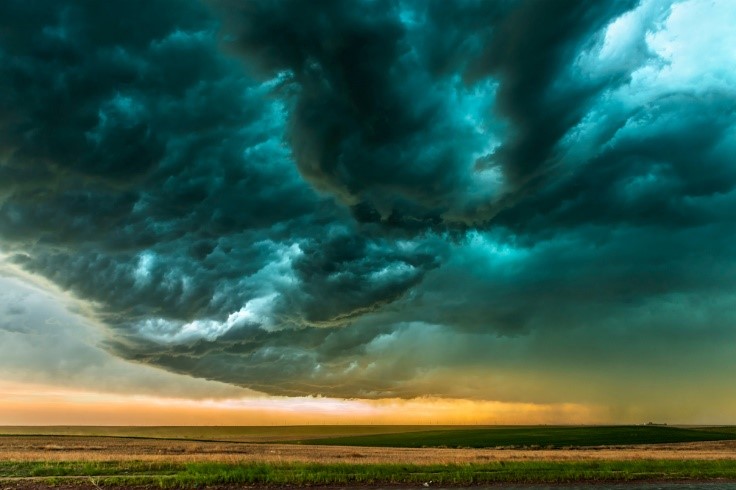 Even if you don’t see a funnel or debris cloud, there are still signs that may indicate an impending tornado. One such sign is dark green skies. Tornadoes are often accompanied by hailstorms, and the hail can refract light from the sun, which causes the sky to appear dark green. If you’re experiencing hail and dark green skies, these may be signs a tornado is nearby or could form soon.

Not all signs of a tornado are visual. Tornadoes can also create “roaring” sounds. Many people describe the sound of a tornado as being similar to that of a speeding train or a stampede. The crashing of debris that inevitably occurs with tornados can create a lot of noise as well. If you hear any of these unusual noises during severe weather, especially if there’s a tornado watch or warning in effect, you should seek shelter immediately.

While these four signs are some of the most common indicators to tell if a tornado is coming, none of them are guaranteed to occur. If you suspect a tornado may be incoming, tune into the local news to see if a tornado watch or warning has been issued, and take the appropriate actions.

What To Do After A Tornado Occurs

If your property is damaged by a tornado, it is important to know the next steps to take to help limit further damage. Even after the tornado is gone, your property could still be susceptible to water damage and subsequent mold damage if the initial impact from the tornado is not mitigated in a timely manner.

At BELFOR, our storm clean up and recovery services include:

Contact your local BELFOR office today or download the BELFOR app to request storm cleanup and recovery services for your property.